Today, I was on the altar as a deacon for the 9 and 11 o'clock masses at St Francis De Sales.  The celebrant for these masses, Father Joe Dygert, was a recently-ordained priest (in 2011) from the diocese of Colorado Springs.  Father Joe graduated from St Francis De Sales grade school in 1995.  He returned to celebrate his first mass at St Francis since his family moved to Colorado Springs in 1996.  Father Benedict, a missionary priest from Tansania, gave the homily.  Father Benedict commented on today's Gospel in which Jesus tells the disciples:  " A prophet is not without honor except in his native place and among his own kin and in his own house."

This modern day prophet, Father Joe Dygert, was greeted with enthusiasm and joy at his native place, Lebanon, Ohio.  We rejoice and take pride in the faith of this young priest.  We pray that his vocation to the priesthood will continue to bring him joy and peace and that he will continue to touch the lives of many as he did today.

The first reading from the prophet Amos reflects a time when the Kingdom of Israel was divided into two:  Israel in the North and Judah in the south with Jeroboam II was the King of the Northern Kingdom.  Jeroboam was a wicked king and worshipped idols.  Amos came from the Southern kingdom of Judah to warn the people of the consequences of Jeroboam’s actions.  He says:  “Jeroboam shall die by the sword and Israel shall surely be exiled from its land.”  This prophecy proved to be true about forty years later when the people of Israel were exiled.  But Amaziah, who was the king’s priest, didn’t appreciate Amos or his prophecies.  He said to Amos:  “Off with you, visionary, flee to the land of Judah!”  In other words, he told him to go home and mind his own business.  But Amos stood his ground.  He said:  “I am not a professional prophet.  I was just an ordinary farmer.  It was God who called me and sent me to give you this message, whether you decide to listen or not.”


Often people in authority don’t appreciate it when others predict negative consequences from their actions.  We see this in our country today as our bishops tell our nation’s leaders the consequences of their contraception mandate.  Our bishops have said that this violates the religious freedom of the church.  They have said if this mandate stands, then Catholic charities, hospitals and schools will have to choose between following their conscience and continuing to operate.


When you consider that the Catholic Church is the second largest provider of charitable and hospital services, with the government being the largest, this should cause our leaders to rethink their mandate.  Is providing free contraceptives and abortion-inducing drugs so important that it is worth forcing some of these agencies to close?   For me, observing this is like watching a train wreck about to happen.  I pray that our nation’s leaders will see the folly of their actions and will change this mandate.  I suspect that many don’t realize how important this issue is to our church.  Based upon all that I have read, I firmly believe that our bishops will not budge on this issue.  And for this I am very proud of them.  Hopefully, our nation’s leaders will reject the advice and influence of Planned Parenthood and others who support this flawed policy and will listen to the voice of reason as provided by our bishops.


I wonder if any of us are being called, like Amos was, to speak out on this issue.  We may say that we aren’t trained speakers or medical doctors or in positions of power.  But if God calls us to speak out against this evil, then we, like Amos, must do our part.  Whether others listen to our message or not is up to them.


I pray that all of us will take some action, however small it may seem to be, against this evil government mandate.  This may involve writing letters, speaking to our friends and neighbors, talking to our politicians, walking the picket line or even just praying.  Like Amos, we may not be able to change our nation’s flawed decision.  But, as a citizen and a Christian, we will have done God’s will.
Posted by Deacon Jay at 11:53 AM 1 comment: 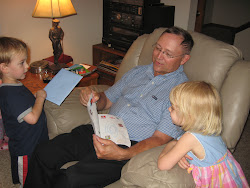 Deacon Jay
Lebanon, Ohio, United States
I was ordained a deacon of the Catholic Church on April 24, 2010. I have five children and nine grandchildren. I serve as deacon at St Francis De Sales in Lebanon, Ohio.